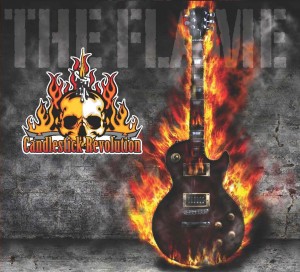 The Flame is the debut album by Candlestick Revolution - a project which seeks to breathe new life into the classic rock tradition by focusing on loud guitars and songs about love both lost and found.  This riff heavy rock album will take you back to the guitar rock days of the 70′s and 80′s when Gibson and Fender guitars roared through Marshall stacks and you knew you were listening to a rock band.  Follow the journey that this record takes you on and remember to ‘reach for the flame.’ 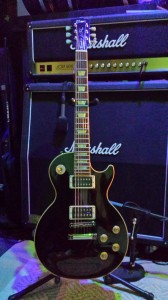 This 2007 Gibson Les Paul “Classic” was the primary guitar used while recording The Flame.  My favorite tone on the album is on the solo for the song “Coming Home” where I used the neck pickup with some delay and chorus going through my Marshall Artist 30 and a 2X12 Marshall cab. 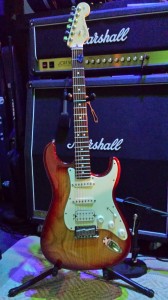 This 2005 Fender Strat HSS is featured on several songs on The Flame where I was looking for a slightly mellower tone than the Les Paul.  The Strat is featured on “Memories” and “The Sun Always Shines on Me”. 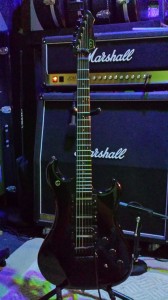 I’ve had the Westone Spectrum FX since 1986 when my sister had to drive me Garza’s Music Store to pick it up.  This guitar is a neck-through, whammy bar, Rock ‘n Roll machine!  This guitar is featured on the songs “Dimensions”, “You’re the One”, & “Let You Go”. 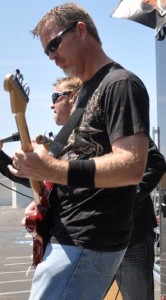 Candlestick Revolution is a solo project by Brian Bane which is based on his love for guitar driven Rock music with lyrics that tell stories and chorus’ that you can sing along with. 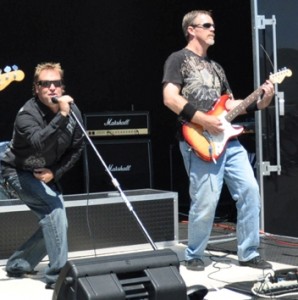 Brian and Tom performing with My Bride’s Burden

The Flame features vocal performances by My Bride’s Burden band mate Tom Kerr on 7 of the album’s 11 songs. 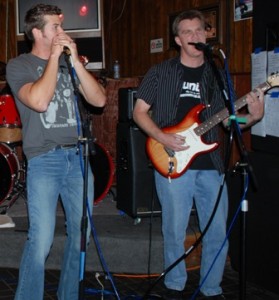 The Flame features former 18j lead vocalist Rob Rezende on the song      “You’re the One”.